The Euro Crisis: Hanging Together of Falling Apart? 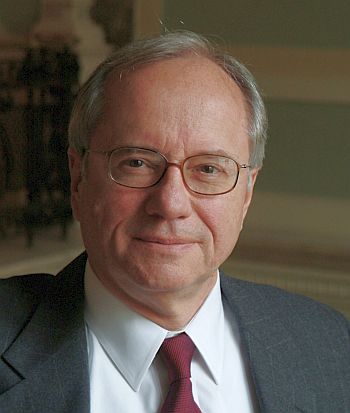 “The Euro Crisis: Hanging Together or Falling Apart?”

This lecture, drawing on Kopits’s ongoing research project, focuses on the origins, evolution, and likely outcome of the crisis, and explores possible solutions.

George Kopits earned a PhD in Economics from Georgetown University. He began his professional career at the Office of the Secretary, U.S. Treasury Department (1968-74). In 1974, he joined the International Monetary Fund, where he served as assistant director, until 2003. In addition to involvement in fiscal and monetary policy-making in Hungary and the United States, Kopits headed technical assistance missions on various economic policy issues and gave technical advice to authorities of more than 20 countries. He also served as chairman of the Fiscal Council of Hungary (2009-11), and was a member of the Monetary Council, National Bank of Hungary (2004-09).