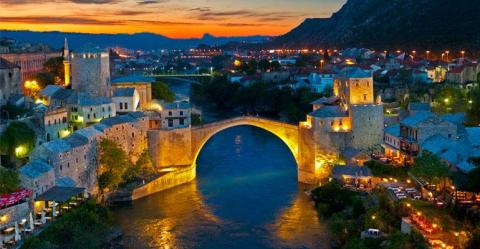 Our student Toni Cerkez will give a presentation as part of the upcoming event of Center for European Neighborhood Studies held at CERN on the 29th January.

This event will attempt at contextualizing the socio-political strife surrounding the long-anticipated census in Bosnia and Herzegovina (B&H) from 2013, whose results were published only in 2016. Since B&H did not have an official census since 1991, the 2013 census was expected to show the actual numbers within the country in the aftermath of the latest war. The census, however, turned out also to be a platform for collecting political points. This interactive roundtable discussion demonstrates how the diversity and multi-culturalism of B&H are constantly under threat due to increasingly ethno-national politics and increasing ethnic homogeneity of the country. We overview modern Bosnian-Herzegovinian history and society, and contextualize them with the recent political developments and the data produced by the 2013 census. Our main goal, then, is to offer a deeper understanding of ethnic division in B&H while also underlining the horrendous events of the 1990s and their continual impact on her troubled development as a functioning liberal-democratic state.