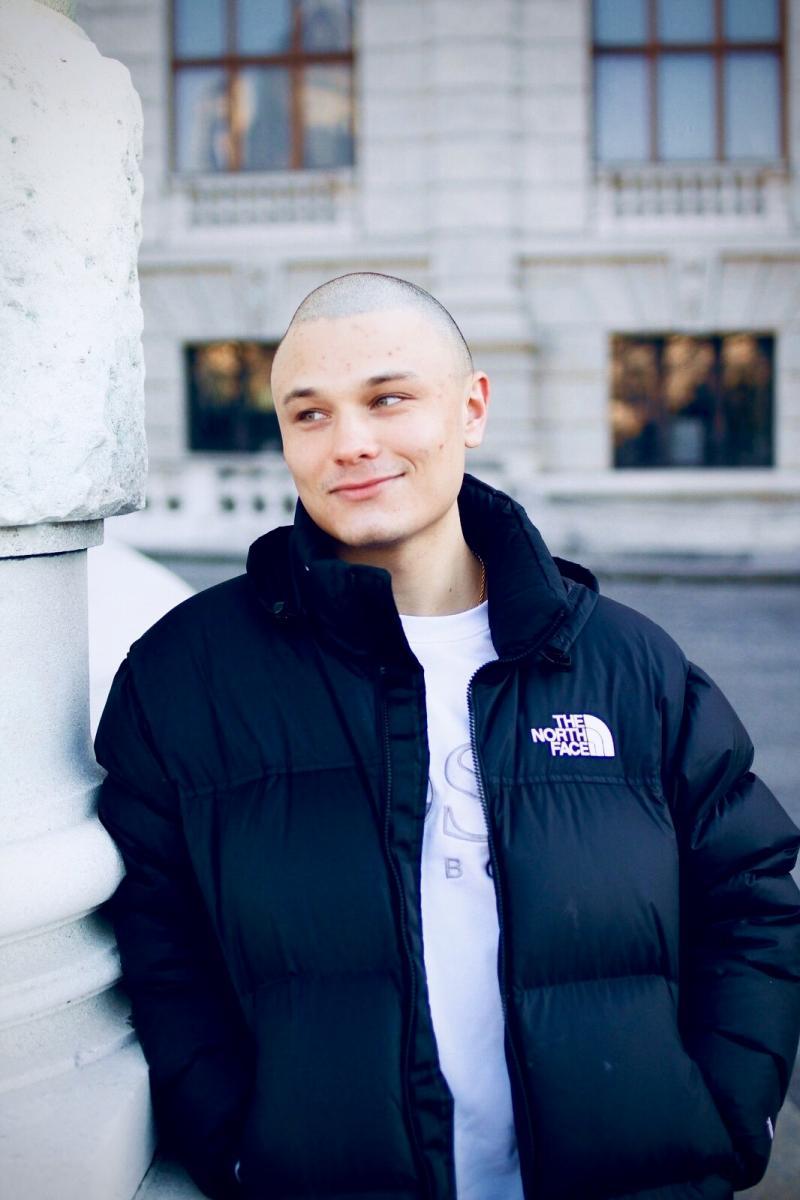 Conversation with Alex Mayer in the Vienna Museum Quarter

Alex was born in a the small town of Cottonwood, Arizona, but lived most of his life in Sedona, Arizona, a city filled with hiking, waterfalls, cliff jumping, and tourists, a city still much smaller than Vienna. But he’s not entirely a stranger to Austria. His father is Austrian and his mother is American, and every summer Alex would travel to Europe with his father. On account of that unique melding of worlds, he watched himself and his perspective grow, morphing into another version of himself each time he returned.
“I felt more connected to Austria. You have to understand the whole idea of growing up in America. There are things that you have to get used to. It’s a whole different outlook on life.” Alex wouldn’t necessarily ascribe more value to one outlook or the other as much as he believes they are “just different.” For Alex, the United States is a “boiling pot” of different cultures where it can be harder to find “somewhere you belong” and, for him, coming to Austria was a connection to his family and understanding his history. “It gives you a sense of individuality and identity within yourself to have that background knowledge of where your family actually came from. Let’s be honest, nobody actually came from America unless you’re native American.”
Alex is tracing his lineage and “drawing from it” while also identifying European views or assumptions about American culture. “Everyone in their own individualistic right has their own attributes about themselves, and I don’t think that it could be defined to one area, especially when it’s America, with a lot of people coming from a lot of different backgrounds.” 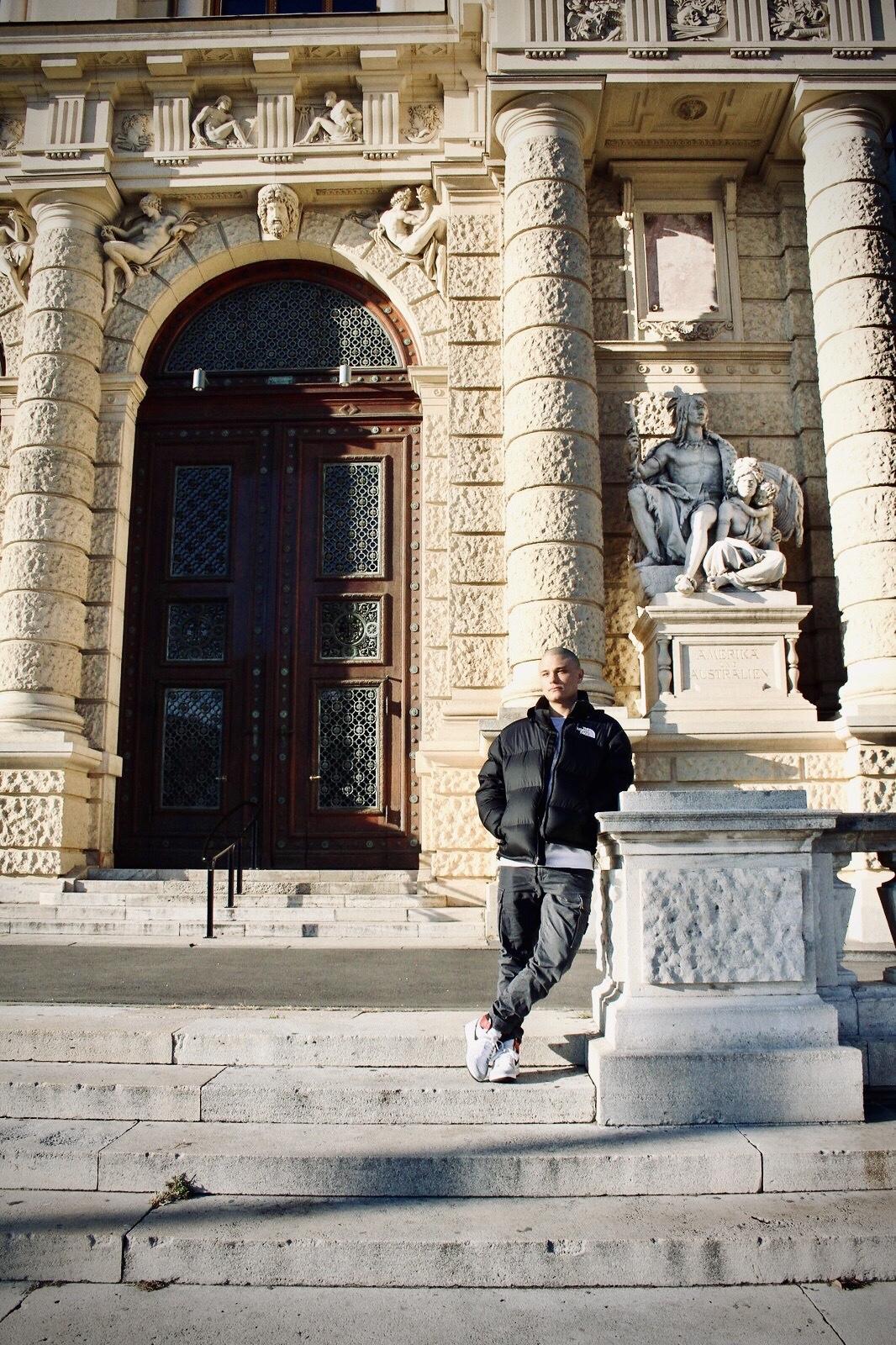 Why did he decide to come to CEU for graduate school?

The high cost of graduate school in the United States was definitely a factor for Alex, as well as the job market. “I decided to take an out-of-the-box approach.” There was an appeal for him in being able to say, “I didn’t just go to another American school because I am American. I traveled across seas… to study international relations.” For Alex, taking on this particular study in an international environment shows initiative, which is “one of the more important things to show in this day and age.”
“I thought that CEU had a great mapping of students from around the world that came into one centralized area and environment to discuss global issues and concerns.” He expected that CEU would provide “an intricate, sophisticated course dynamic and that we would be pushed to the limit” and “immersed in the process.”
“What I did not expect was covid, and what I took from it is that we ARE immersed. We’re fully immersed in this European sphere, being an American, in the learning environment during covid. It’s totally a new experience for everybody. I’m learning something new about how to deal with it every day.” Despite the hurdles, he believes “the curriculum is still pushing, the professors are still working,” and “there still is that level of communication.”
The particular aspect of CEU that has remained most steadfast is the variety of perspectives he hoped to encounter by choosing CEU. “It’s all about perspectives…You can take from people’s different perspectives what you think is true and always have a questioning rigor about it, but at the same time take other people’s opinions into account when addressing issues.” Alex is ever aware that CEU students, including himself, “love to debate,” but, for him, it’s about “coming together and finding a solution.” For him, that’s more important than the debate itself.

What does he plan to do with his degree?
“When I first got into college, I always thought I was going to take a corporate job…I just couldn’t see myself doing that. I felt like I always had to do something that would help the world for the better. For me to not take full advantage of the opportunity that I’ve been given and the blessing that I’ve been given to have this life on earth and try to help other people, that would be a complete waste. It’s just my calling.”
Alex wants to “influence policy and change it for the better.” And his area of focus after CEU will likely be environmental policy, perhaps in the form of an internship, further travel, diplomacy, or any “opportunities that present themselves.” His classes this fall have delved into world power dynamics and world orders, which has led him to believe that it’s necessary to take “all nations into account” in regards to issues like climate change and environmental policy. “Whether you like it or not, they all have a hand in how we treat this Earth.”
“As much as there’s this division in our politics, there’s also this sense in new generations of wanting to come together, of unification with a common goal…Hope isn’t all lost.” He chuckles at the fact that his “glass half-full” ideology a perspective particularly influenced by his American-born mother. “I think there’s always hope,” he says. “You always should be a little bit optimistic, as well as being critical.” 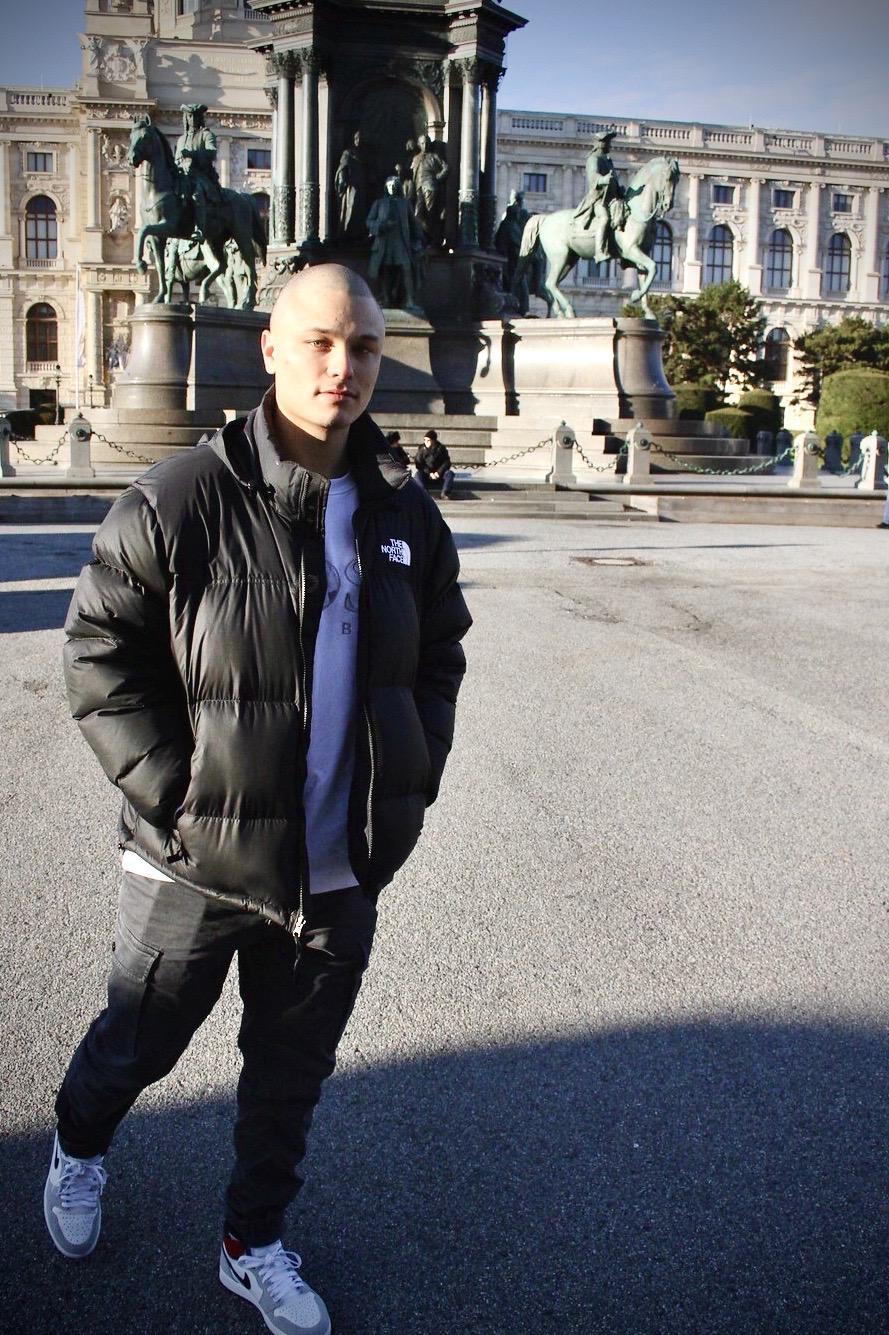 “Stay positive, look for opportunities, and keep pushing on because nothing is ever for certain. If life has taught me one thing, that’s very true.” Alex holds the belief that if you “constantly push on, if you never give up, if your resolve is strong, you will always have a resolution and look toward your goals. As you do live day by day, you have to look to the future.”
“The best you can do is do whatever it takes today, and then wake up the next day and try even harder the next day.”