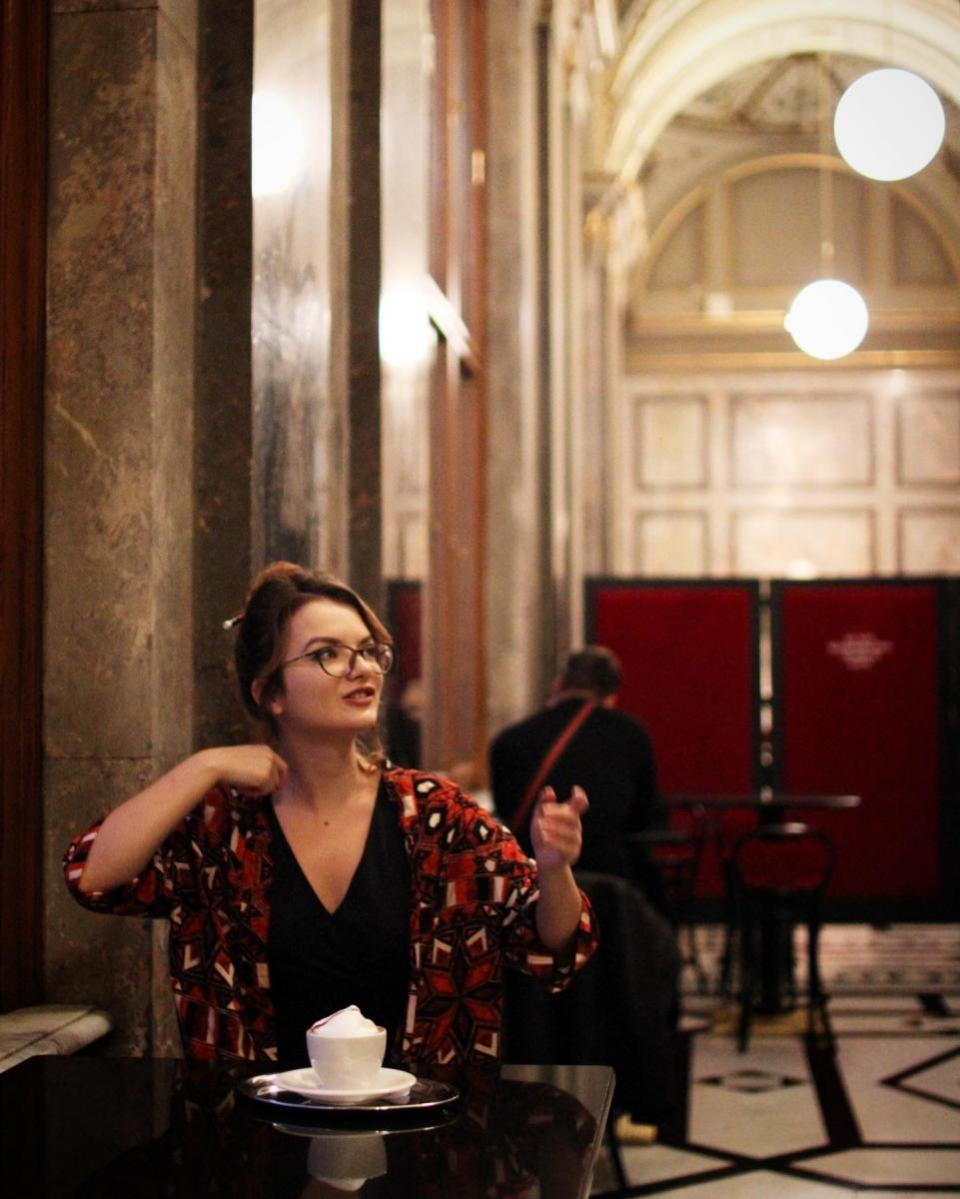 Coffee Chats with Classmates: Conversation with Mădălina Bot in the Museum Cafe

What was she doing before she came to study in Vienna?

Madalina grew up in a village in Eastern Romania and left home at the age of fifteen, quickly adapting to life away from family and friends. So, her first time living abroad for Erasmus in Prague was not a move of “profound” significance or extreme culture shock, but it was a fascinating place for her that “combined communist heritage and the beauty of a Western tinge.” She had a strong inclination to leave Romania and characterizes that desire as a deep dissatisfaction with her government and the education system. But she still holds a nostalgia for her home country every time she goes away, searching for semblances of it in the architecture or landscape of new places. Seeking new perspectives is, for her, a way to avoid being “engulfed by the majority” that sometimes continues to “perpetuate the status quo,” an attempt to escape the feeling that she would have to “tear pieces of herself” to fit within the structures at home. There is a sustained feeling that she calls “embryonic patriotism” about the potentiality of her home country and the issues it struggles with, and the emotion it evokes within her is evident. 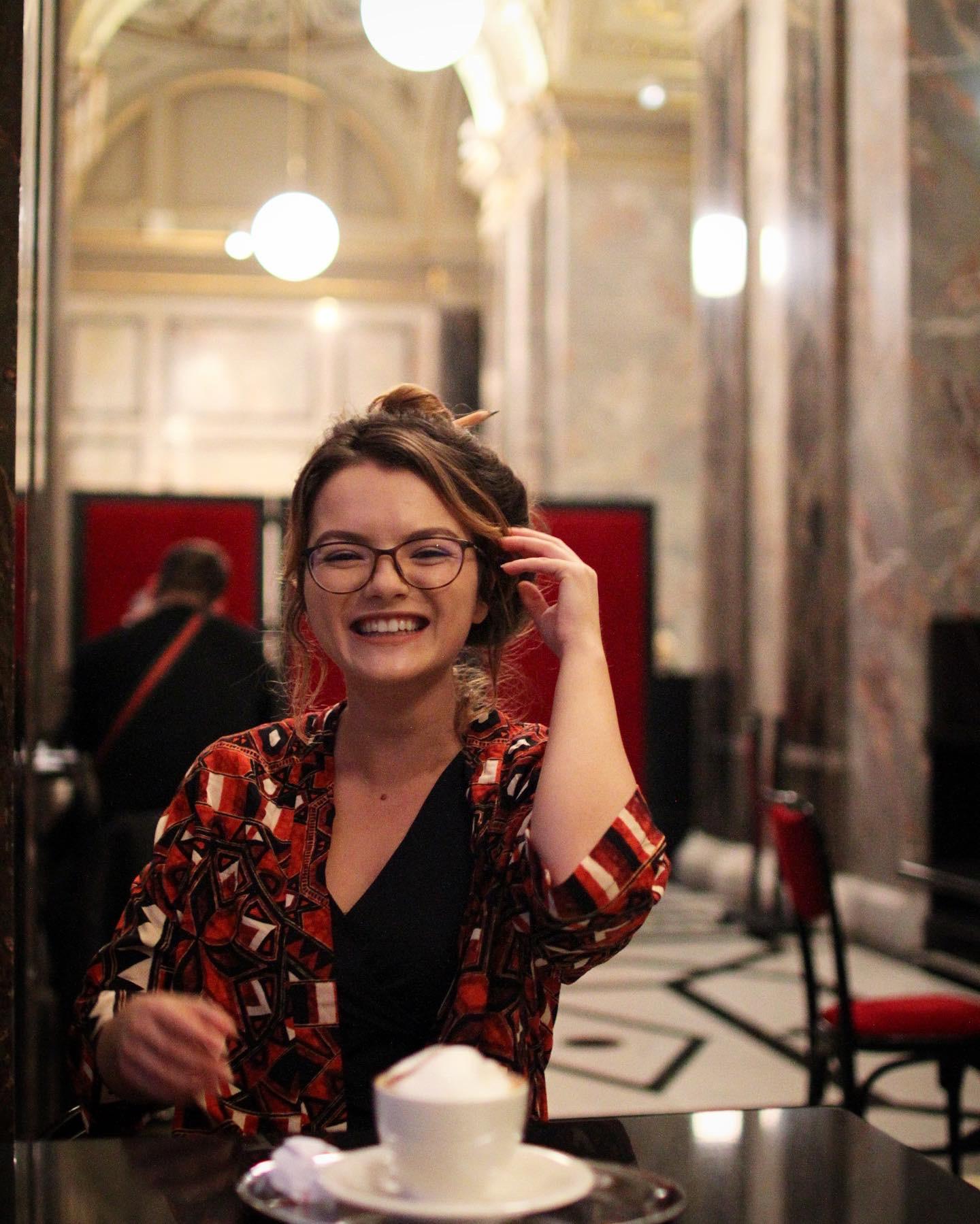 What motivated her to pursue her graduate studies?

When she decided to study in Vienna, she wanted to pursue work with “vision, mission, values, something beyond,” which was something she found a trace of while working with NGOs in Bucharest. But she was searching for a community that could provide a space for reenvisioning progress or institutions in an innovative way. “There is something that makes me feel very different and not necessarily comfortable because I feel differently, I say different things maybe, I ask different questions, different from the majority…I try to reconcile all these very contrasting pieces of existence.” She came to CEU in the pursuit of collective knowledge, which she eloquently refers to as “a living organism that is perpetually constructed by a multiplicity of people, not by myself.” Keeping that at the center of her focus is what gets her though the overwhelming feelings that accompany the first term of graduate school.

How is her CEU experience so far?

When I asked Madalina about coming to CEU, she expressed joy that she had found a place where she was suddenly immersed with critical thinkers and the kinds of interesting debates and interactions she had always hoped for, but also expressed a feeling of being overwhelmed by the enormity of that opportunity after years of seeking it. “It’s different because I’m not supposed to be reproducing. To use a metaphor - I’m not supposed to be digesting tons of pieces of information and ‘then vomiting them on a piece of paper’ exactly as they were taught. I’m supposed to read, read a lot, but read smartly, not read word by word, read strategically, read as many sources as possible, compile them, construct them, deconstruct them, come up with criticism, listen carefully to what the other students are saying.” “I’m still struggling,”she says. “My biggest efforts are directed towards adjusting to this…my patterns of thinking, my patterns of studying, my patterns of approaching knowledge. Here, knowledge is something that I’ve always dreamed of having in front of my eyes.” It is the living organism she was searching for. This lifestyle she says, is much more complicated but better, a way to approach life with “honesty, authenticity, and hard work that will pay off in the end.” 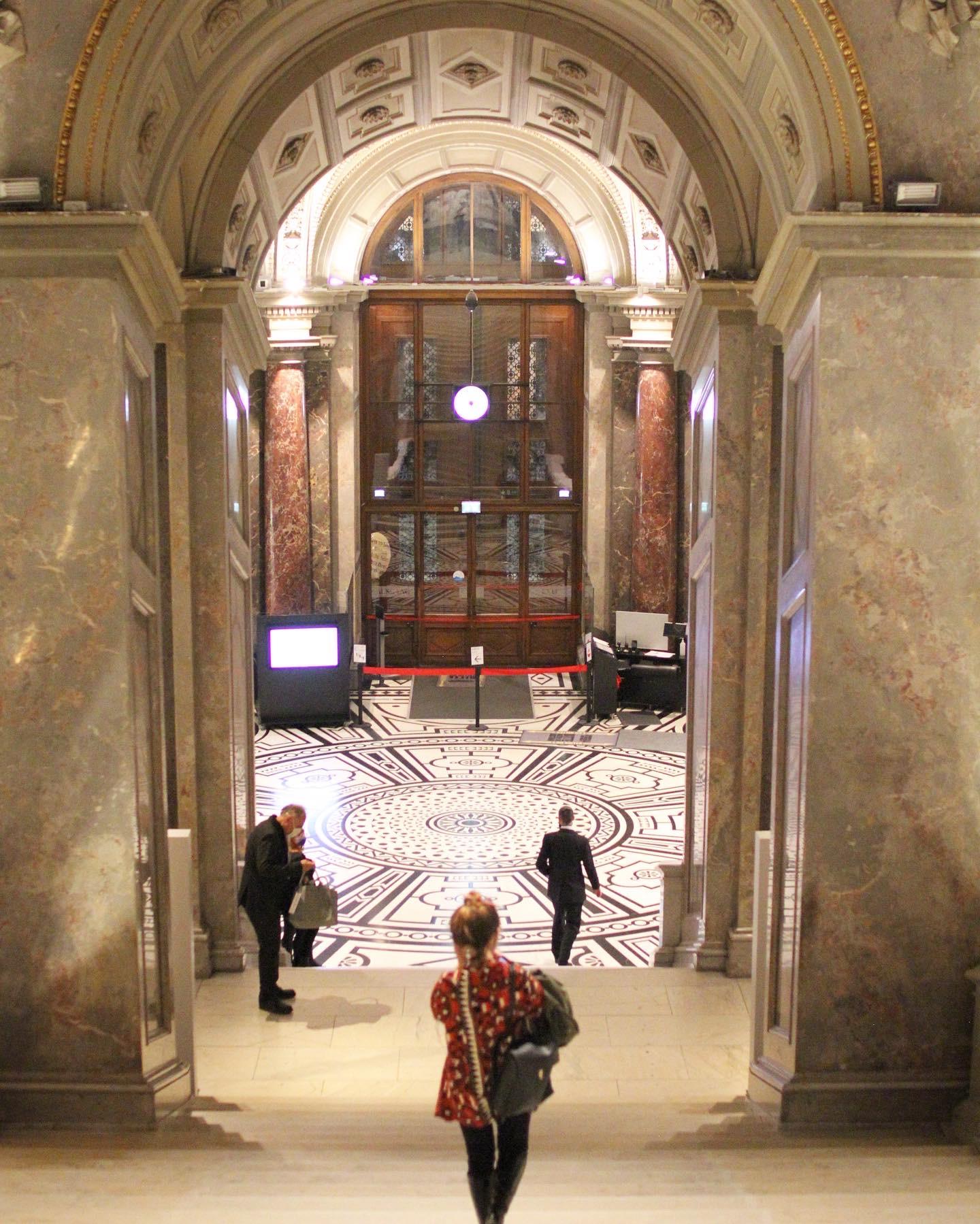 What does she want to do with her degree?

Madalina is trying to create her experience at CEU not rooted in “toxic competition” or achievement, something that dominated her early education. After numerous internships and experiences and the elimination of various career options, CEU is not about adding to the resume for her, it’s a chance for her to learn to think differently about the way we perceive the world. “I keep opening so many boxes that were completely sealed until now,” she says, mentioning an interest in the cognitive psychology of individuals as a lens to analyze state structures. Her curiosity and self-reflectiveness in how she approaches her own education, her own ways of thinking, always brings her back to the cognitive conditioning of childhood. She says she’s in the process of evaluating and “changing” her own conditioning, allowing herself to put success secondary to the pursuit of authentic knowledge, allowing herself to enter new realms “without acing them” in the pursuit of greater understanding. This expansion of understanding about the world and her relation to it is paramount in her time at CEU.