Borders in a "Borderless" World 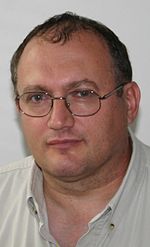 The study of borders has undergone a major renaissance during the past two decades. The Globalization debates of the 1980's and 1990's focused on the notion of borderless worlds, while the securitization debates of the post 9/11 decade have raised the notion of the re-imposition of borders. The notion of securitization has become a "buzz word" for the reclosing of borders against the "external threat", although this is often used as a justification for reasserting national sovereignty and control in a more general fashion and, not least, as a means of preventing the continued flow of migrants from poorer to richer countries. The renaissance of borders studies is a multi-disciplinary initiative, drawing in both scholars and practitioners from a wide range of disciplines, for whom the functional understanding of the bordering process is similar, even if the specific characteristics of the different types of borders are not. What is the role of borders in a changing global world and to what extent is the demarcation, management and control of borders an important component in our understanding of the rapidly changing geopolitical scenarios in world politics?

David Newman is Dean of the Faculty of Humanities and Social Sciences at ben Gurion University in Israel. A political geographer by training, Newman founded the Department of Politics and Government and is also the chief editor of the International journal of Geopolitics. His work focuses on territorial dimensions of ethnic conflict and, in recent years, on the reconceptualization of borders . He has published widely on Israeli-Palestinian issues and is also active in the public debate concerning peace and conflict in the Middle East region.