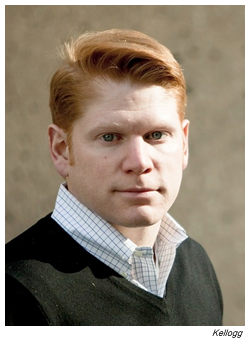 When the global economic crisis hit in 2008, both the United States and Europe suffered severe blows. Close to four years later, many developed-country economies are still very much in crisis. China, on the other hand, emerged relatively unscathed, continuing to maintain high rates of economic growth. Many observers began to ask whether the world was witnessing – in accelerated fashion, no less – the decline of the West and the rise of China. Some argued that China’s success illustrated the emergence of a new economic model, one that was less dependent on key elements of the “Washington consensus,” including a commitment to free markets and the rule of law, and instead embraced a more activist state role in the economy.

More often than not, such analyses have glossed over the very real difficulties that the Chinese government faces as it seeks to extend its remarkable twenty-year run of rapid economic growth into a third decade. Economic growth in China has been, in part, a product of a raft of legal and governance reforms, and yet the pace of change has slowed significantly in recent years. Many Chinese observers now question whether the ruling Communist Party maintains a strong commitment to reform, especially at a time when vested interests, including state-owned enterprises and key parts of the government bureaucracy, have benefited enormously from the status quo, and are resistant to calls for change that could have a negative impact on their bottom line. An understanding of the complicated dynamics of the politics of reform in China are key to understanding the role that China might play on the world stage in the years to come.

Thomas Kellogg is Advisor to the President and Program Director at the Open Society Foundations office in New York, where he manages the China grants portfolio. He is also Adjunct Professor of Law at Fordham Law School, where he teaches courses on Chinese law. He has worked for a wide range of non-governmental organizations in the United States, Asia and the Middle East, focusing on human rights and the development of the rule of law. He has written widely on legal reform in China, and has lectured on Chinese law at a number of universities in the United States and in China. Before joining the Open Society Institute, Kellogg was a Senior Fellow at the China Law Center at Yale Law School and a researcher in the Asia Division of Human Rights Watch. He is a 2003 graduate of the Harvard law School, where he was editor-in-chief of the Harvard Human Rights Journal.