Leadership transition on the Korean peninsula 2012: Control and Change 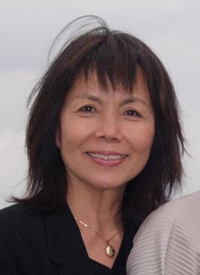 The transition of political leadership in both North and South Korea by December 2012 could not stand in greater contrast for all stakeholders in the region and beyond, especially for the four super powers: the US, China, Russia and Japan. Unlike Kim Jong-un, who inherited his leadership in the North after the death of his father, Kim Jong-Il, at the end of 2011,a new leader in the South will emerge in December 2012 through arguably the most competitive presidential election the South Koreans will likely experience since their country’s democratization in 1987.

What will be the implications of the two Koreas each having a new leader? Why does the Korean peninsula matter to the security of Asia and the Pacific and, in regard to nuclear security, the world? What are the new trends of this new leadership in the two Koreas, especially in the context of China’s rise while the US is declining?

These questions will be discussed, with particular attention paid to three characteristics of leadership transition in both Koreas, namely, uncertainty, tension and opportunity, albeit each for different reasons and against different backgrounds.