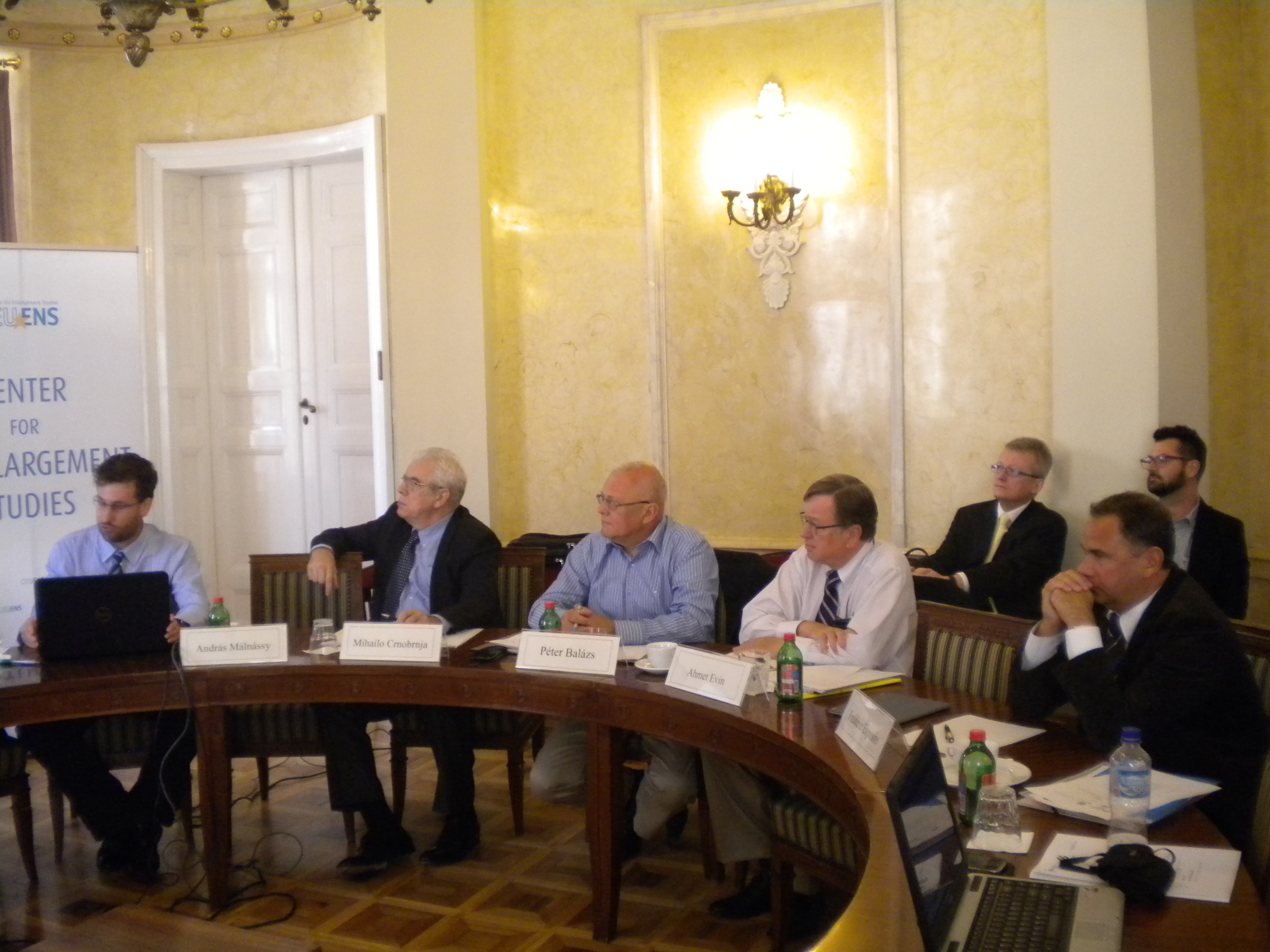 The Centre for EU Enlargement Studies (CENS) has initiated a multi annual/multi country project entitled the “EU-36”. The main idea of the project is to support the issue of EU enlargement and to discuss the future political, economic, socio-cultural and security aspects of a greater EU. The project is being carried out by involving key policy makers and by organizing workshops on thematic issues in close collaboration with the core project members:

ABOUT THE "EUROZONE" WORKSHOP

Part of this project entails the organization of a workshop at CEU on the topic of “Eurozone”. In order to advance our understanding of the current challenges and further prospects of the Eurozone in the “EU-36”, this workshop will bring together academics and policy-makers working in the field. The one-day event will feature presentations which will discuss the Eurozone issues in the enlarged EU.