Departmental Seminar: Erik Ringmar - “The Huns are coming”: Anti- Nomadic Prejudice in an Era of Globalization 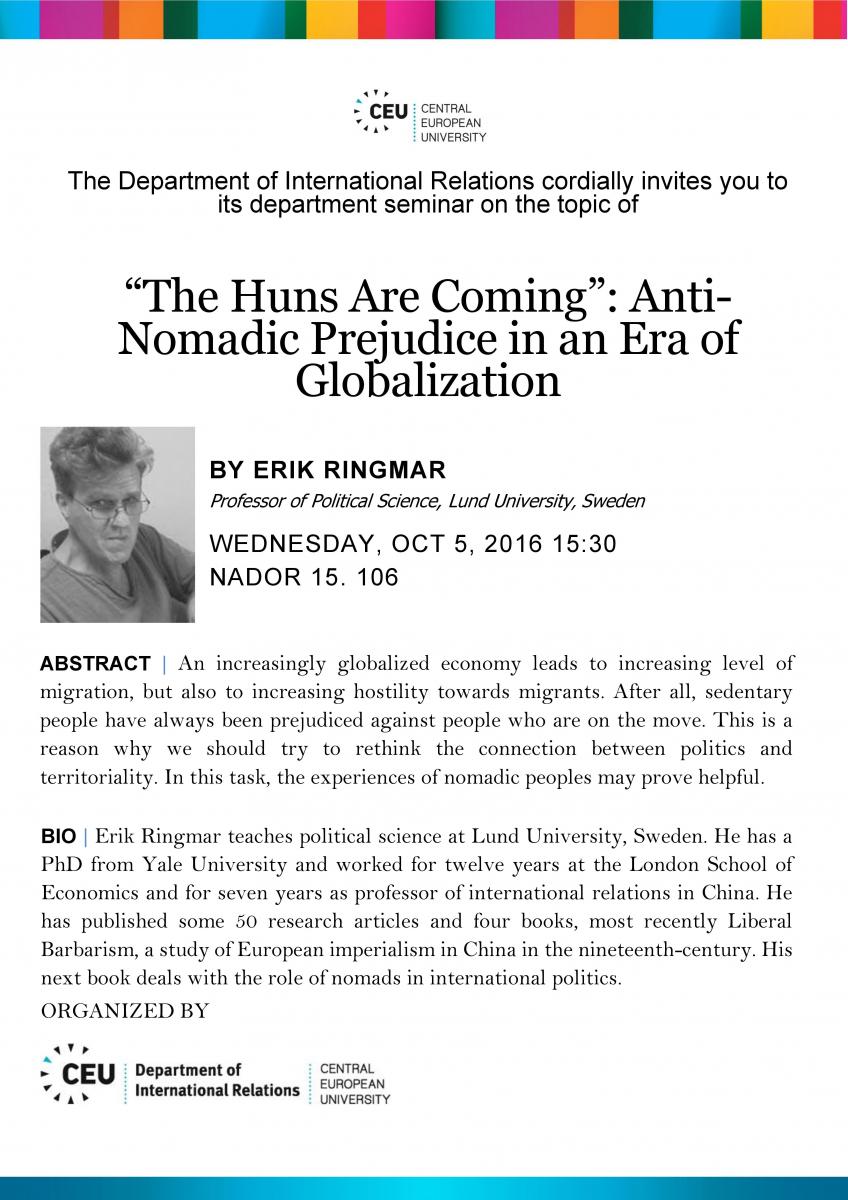 Abstract | An increasingly globalized economy leads to increasing level of migration, but also to increasing hostility towards migrants. After all, sedentary people have always been prejudiced against people who are on the move. This is a reason why we should try to rethink the connection between politics and territoriality. In this task, the experiences of nomadic peoples may prove helpful.

Bio | Erik Ringmar teaches political science at Lund University, Sweden. He has a PhD from Yale University and worked for twelve years at the London School of Economics and for seven years as professor of international relations in China. He has published some 50 research articles and four books, most recently Liberal Barbarism, a study of European imperialism in China in the nineteenth-century. His next book deals with the role of nomads in international politics.