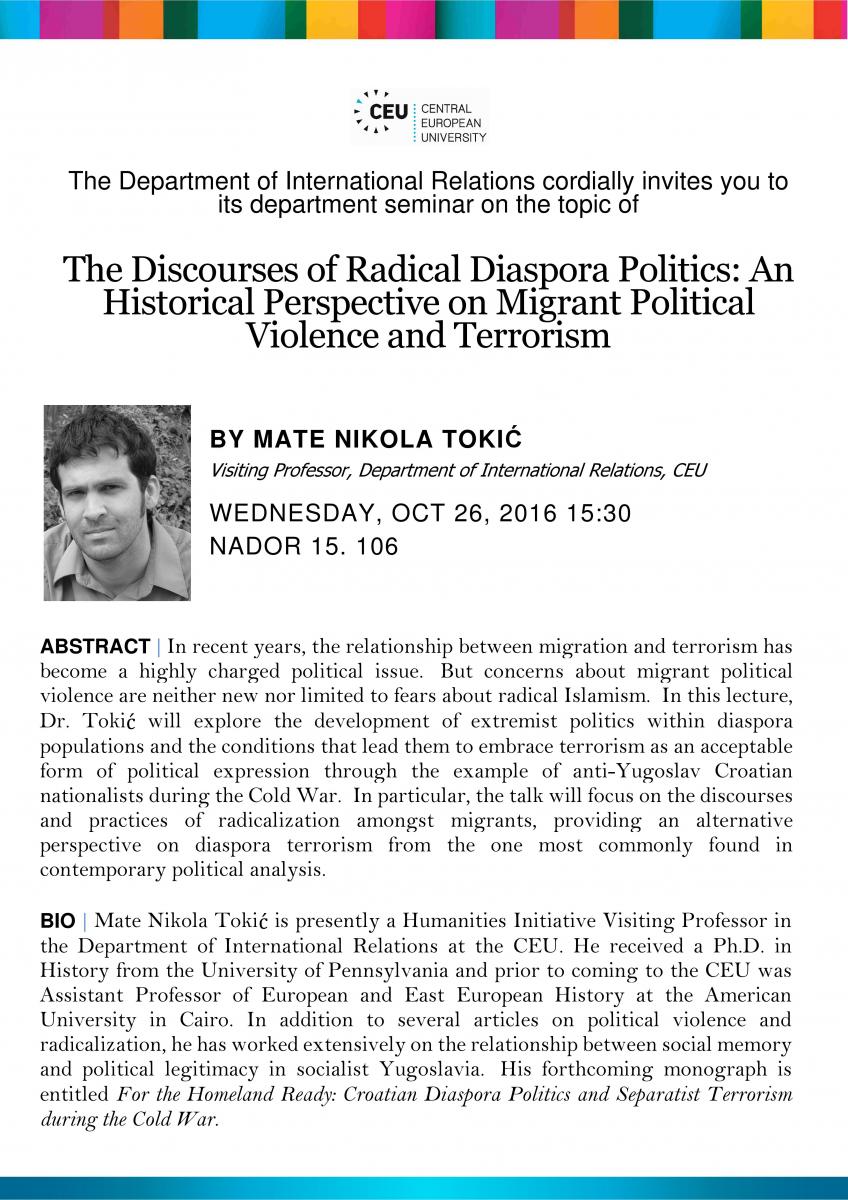 Abstract: In recent years, the relationship between migration and terrorism has become a highly charged political issue.  But concerns about migrant political violence are neither new nor limited to fears about radical Islamism.  In this lecture, Dr. Tokić will explore the development of extremist politics within diaspora populations and the conditions that lead them to embrace terrorism as an acceptable form of political expression through the example of anti-Yugoslav Croatian nationalists during the Cold War.  In particular, the talk will focus on the discourses and practices of radicalization amongst migrants, providing an alternative perspective on diaspora terrorism from the one most commonly found in contemporary political analysis.

Biography: Mate Nikola Tokić is presently a Humanities Initiative Visiting Professor in the Department of International Relations at the CEU. He received a Ph.D. in History from the University of Pennsylvania and prior to coming to the CEU was Assistant Professor of European and East European History at the American University in Cairo. In addition to several articles on political violence and radicalization, he has worked extensively on the relationship between social memory and political legitimacy in socialist Yugoslavia.  His forthcoming monograph is entitled For the Homeland Ready: Croatian Diaspora Politics and Separatist Terrorism during the Cold War.