Departmental Seminar: Jens Bartelson - From the International to the Global? 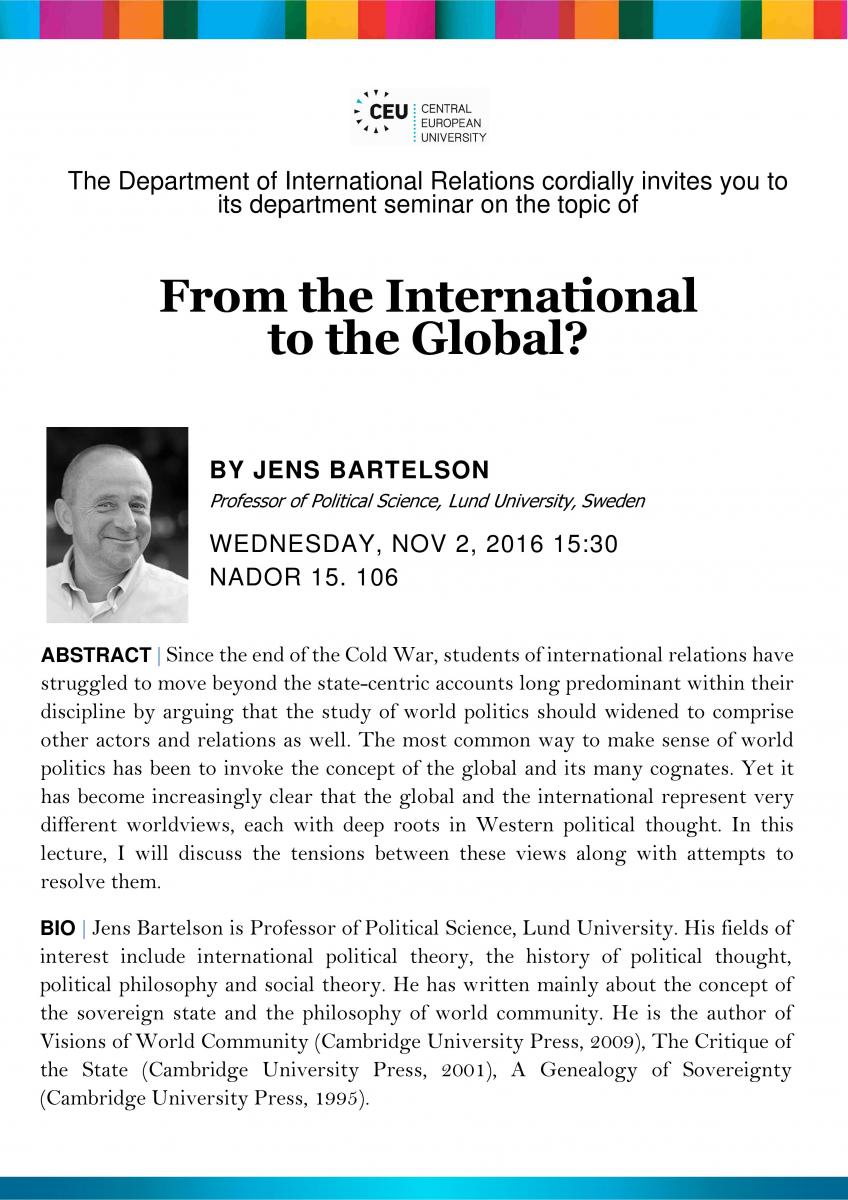 Abstract | Since the end of the Cold War, students of international relations have struggled to move beyond the state-centric accounts long predominant within their discipline by arguing that the study of world politics should widened to comprise other actors and relations as well. The most common way to make sense of world politics has been to invoke the concept of the global and its many cognates. Yet it has become increasingly clear that the global and the international represent very different worldviews, each with deep roots in Western political thought. In this lecture, I will discuss the tensions between these views along with attempts to resolve them.