Theorising social mechanisms: The return of geopolitics in Europe. A Research Seminar by Stefano Guzzini 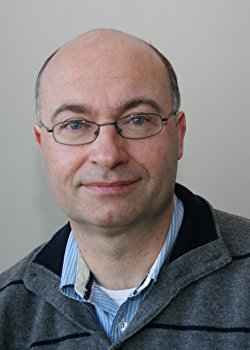 Abstract: The unexpected end of the Cold War demonstrated the historical possibility of peaceful change and seemingly showed the superiority of non-realist approaches in International Relations. Yet in the post-Cold War period many European countries have experienced a resurgence of the most determinist and materialist wing of the realist tradition: geopolitics. As it turns out, the revival of geopolitics came not despite of, but because of, the end of the Cold War. Disoriented in their self-understandings and conception of external roles by the events of 1989, many European foreign policy actors looked for the determinism of geopolitical thought to identify their place in world politics. At the same time, this analysis develops social mechanisms as a theoretical enterprise within a constructivist methodology and foreign policy analysis.

Presenter: Stefano Guzzini’s research focuses on international theory, security studies (ontological security), approaches to foreign policy analysis, as well as on the conceptual analysis and theories of power. More recently, he has also worked on interpretivist methodologies (process tracing and notions of non-efficient causality) and critical geopolitics as applied to Europe. He has published nine books, including The Return of Geopolitics in Europe? Social Mechanisms and Foreign Policy Identity Crises (Cambridge UP, 2012), and Power, Realism and Constructivism (Routledge, 2013), winner of the 2014 ISA Theory Section Best Book Award. He currently serves as President of the Central and East European International Studies Association (CEEISA).