Promises, Obligation, Impatience and Delay: Reflections on the Ethical Aspects of Turkey-EU Relations 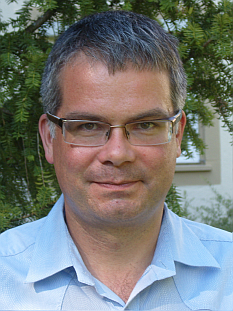 Although it is often presented as such, the relationship between Turkey and the EU presents not only a question of the absence or presence of shared strategic interests, but also raises fundamental ethical issues, such as: Who, in a world of states, can legitimately take decisions that effect the future of another state? Is it therefore permissible to let referenda decide on future EU membership? To what extent and under which conditions can states or groups of states dictate the internal development of another state? Is it therefore proper to insist on specific minority rights in membership candidates? And is there at least a moral right to become a member in supranational groupings? This talk discusses these and other possible obligations that arise in the Turkey-EU context but are important for International Relations in general. It also reviews the role these obligations have played since the Ankara Agreement and argues that the at times impatient invocation of obligations to exert political pressure on both sides tended to have the ironic effect of delaying rather than expediting the settlement of Turkey-EU relations with Turkish EU membership or an alternative configuration.

Thomas Diez is Professor of Political Science and International Relations at the University of Tübingen. He received his PhD from the University of Mannheim in 1999. From 1997 to 2000, he was Research Fellow at the Copenhagen Peace Research Institute and subsequently, from 2000 to 2009, Lecturer, Senior Lecturer and then Professor of International Relations and Head of Department at the University of Birmingham. He joined Tübingen in April 2009. Diez has also taught in Copenhagen, Aarhus, Munich and Victoria (BC). Among his most recent publications are An Introduction to International Relations Theory: Perspectives and Themes (co-author, third edition Pearson 2010), European Integration Theory (co-editor, second edition Oxford UP 2009) and Cyprus: A Conflict at the Crossroads (co-editor, Manchester UP 2009). He is co-author of Key Conceptsin International Relations (Sage, forthcoming 2011). In September 2009, he received the Anna Lindh Award for his contribution to the field of European Foreign and Security Policy Studies.