Old is New in International Vienna 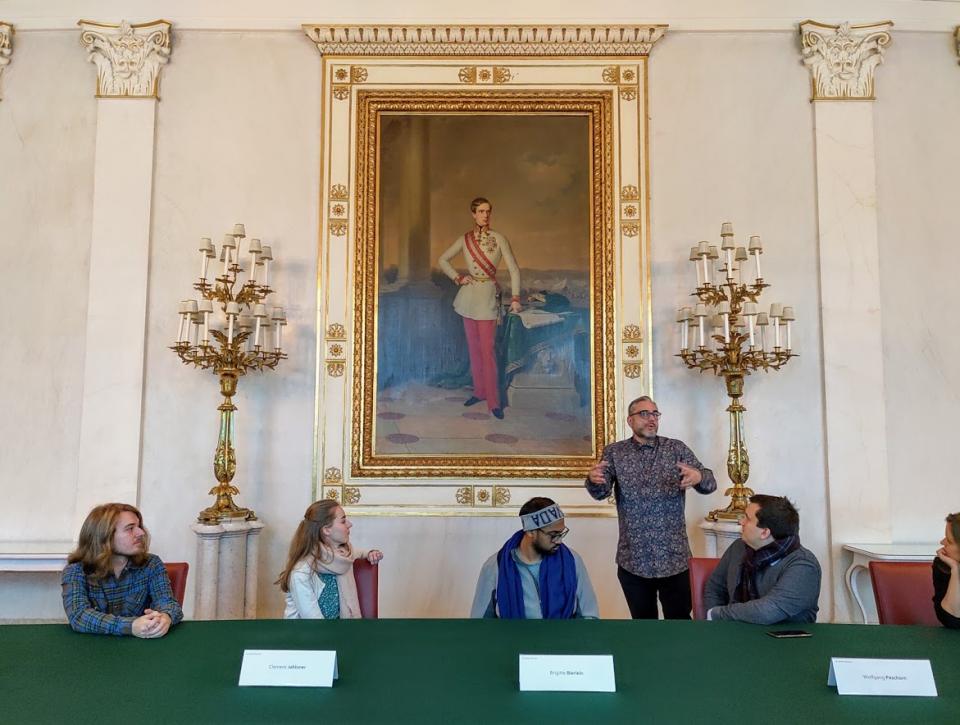 Among the many reasons to study International Relations in Vienna is its large number of active international organizations—the United Nations, International Atomic Energy Agency, and Organization for Security and Co-operation in Europe among them.

These relatively new, forward-thinking organizations can seem at odds with Vienna’s outward celebration of its imperial past.

But old and new have a complex relationship in Vienna. Much of what now seems old—the Ringstraße, Beethoven symphonies, Otto Wagner’s architecture, and the city’s social housing–was radically new, even shocking at the time.[i]

Vienna’s role as an international city, stretching from its Holy Roman Empire days to now, is no different.

The high watermark between old and new perhaps came in the fall of 1814, when Europe’s leaders gathered in Vienna, the political and cultural center of Europe, to restore and redraw politics on the continent.

Although its immediate goal was to consolidate the peace won after Napoleon’s surrender, the Congress of Vienna “transformed” international relations by establishing the first leaders’ summit about issues of common concern.[ii]

It was also a grand and unprecedented party. The UN, G8, and MET Gala of the 19th century all rolled into one, the Vienna Congress gave birth to global governance—with style.

For nine months, the city of music hosted two emperors, dozens of heads of state and their foreign ministers, and more than 200 princelets (and their retinues). The upwardly aspirant could jostle for status in an endless series of masked balls, boar hunts, Beethoven concerts, and a medieval carousel.

Those left outside huddled around palaces, hoping for a glance of an Emperor, the Kaiser, the Tsar. Prater and Augarten were transformed into spaces of public spectacle. Vienna’s population swelled by 100,000, and everywhere the distance between the Ordered and the ordinary shrank.[iii] So many royals had never been so close to the people, and the people had never been so close to so many royals.

Today’s Vienna is visually dominated by fin-de-siècle historicism and top-down modernist planning—the Ringßtrase, the Gürtel, the automobile. But you can see its internationalism, and the legacy of the Congress, without taking the U-Bahn to Donaustadt.

A focal point of Congress activity was right at the centre of Vienna itself: the Hofburg. The Redoudensaal’s endless parties led the Prince de Ligne to quip, “le congrès danse beaucoup, mais il ne marche pas.” (One consequence of the Congress was the popularization of the waltz—a somewhat risqué dance at the time—across the rest of Europe). Nearby Palais Lobkowitz, on Lobkowitzplatz, was also a centre of activity. A decade earlier it hosted the premiere of Beethoven’s Eroica symphony.

The main negotiators stayed in a relatively small, walkable area centred on the Hofburg.

Tsar Alexander I, the tall, charismatic star of the Congress, stayed in the Amalienburg wing; its Swiss wing hosted Prussian Kaiser Friedrich Wilhelm III and the King of Denmark.

The French foreign minister, Talleyrand, resided near St. Stephen’s cathedral, in the Palais Questenberg-Kaunitz at Johannesgasse 5. Seeking to rehabilitate his country (and himself), he organized a funeral for the beheaded king Louis XVI in the cathedral, with mixed reception.

At the other end of the Hofburg, Austrian chancellor Klemens von Metternich resided in the Chancellery building on Balhausplatz 2, still the official residence of the Austrian Chancellor. Now next to the Volksgarten, the Chancellery used to but up against Vienna’s inner city walls. A stone’s throw away, Lord Viscount Castlereagh’s British delegation occupied the Dietrichstein palace, at Minoritenplatz 3.

Several lead negotiators—Metternich, Talleyrand, Alexander, and Prince Czartoryski of Poland—were embroiled in a series of foreign affairs at the Palais Palm, which stood near the current site of the Burgtheatre. (It’s sadly been demolished). There, the Duchess of Sagan and Princess Bagration, high society rivals, occupied opposite wings of the palace.[iv] The target of sovereign affections, these women in turn played key roles in the negotiations.[v]

Many other elements of the Congress era endure, synthesized into Vienna’s layered architectural and cultural ensemble. Italianate Baroque palaces, streets, and churches in the Innerstadt and elsewhere reflect Vienna’s 18th century cosmopolitanism. Vienna's classical music and ball cultures—the city holds 200 balls a year—still thrive two centuries after the Congress’ parties. And several Viennese dishes date from the Concert period, including its most famous: Sachertorte, created in 1832 by Franz Sacher, for Metternich. Students looking for combinations of the old and new will have little trouble.

And then there is the international legacy. Once primarily understood as a reactionary settlement, scholars today argue the Congress was as much about progress as restoration—a modern blend of past and future, like Vienna itself. 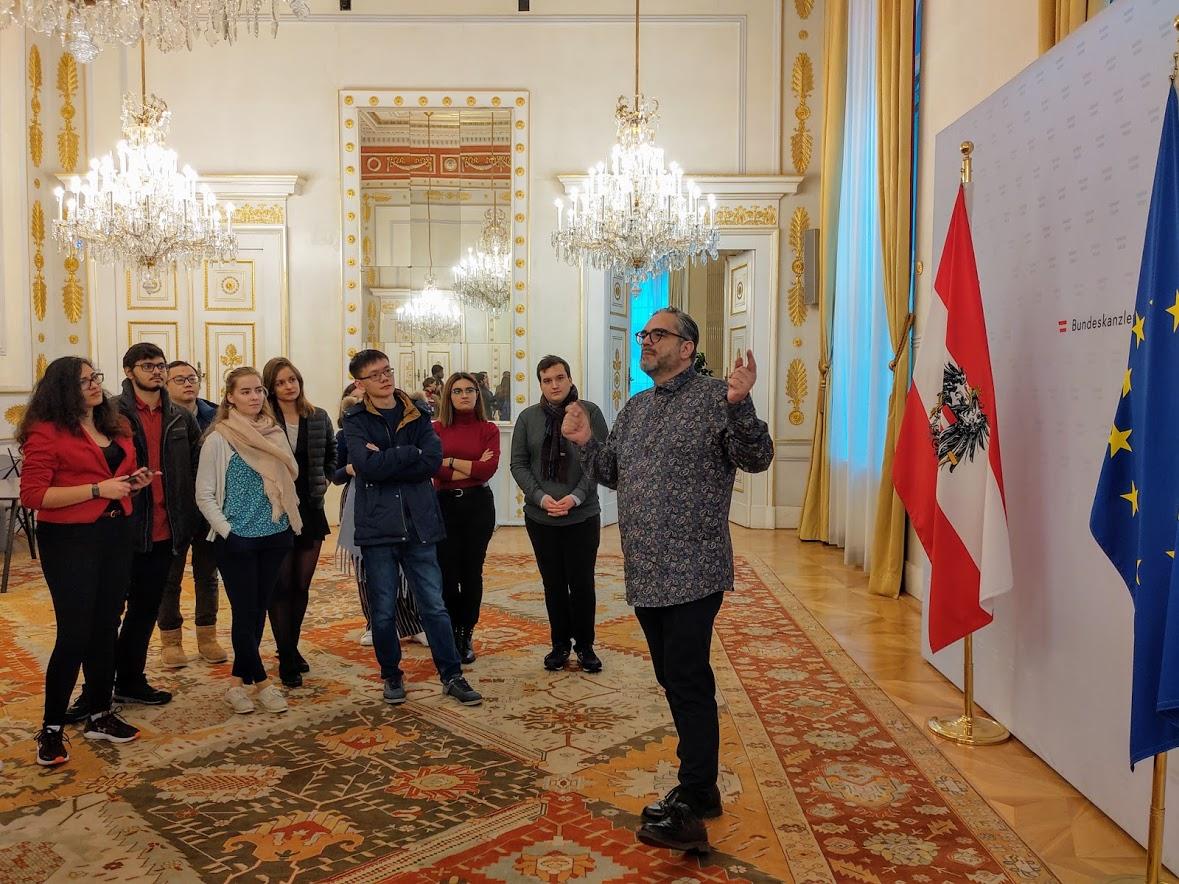 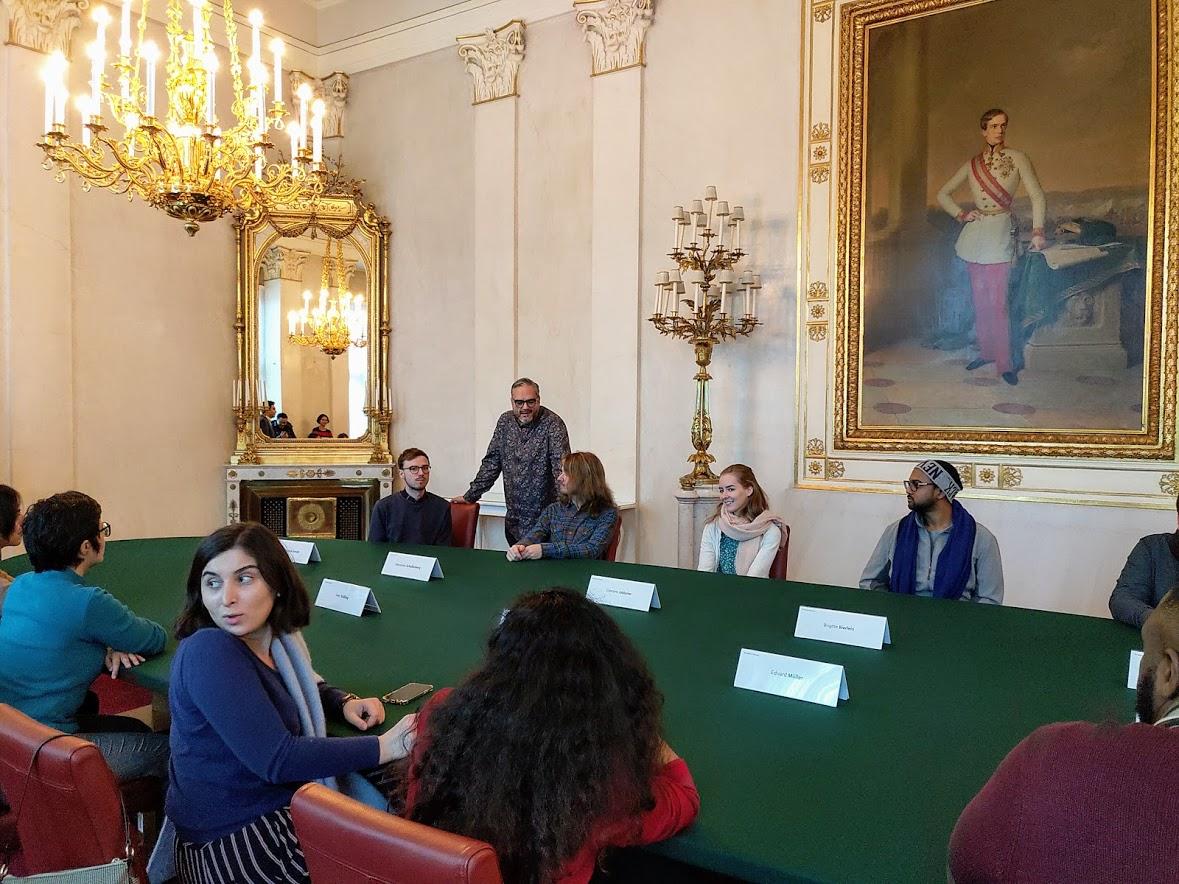 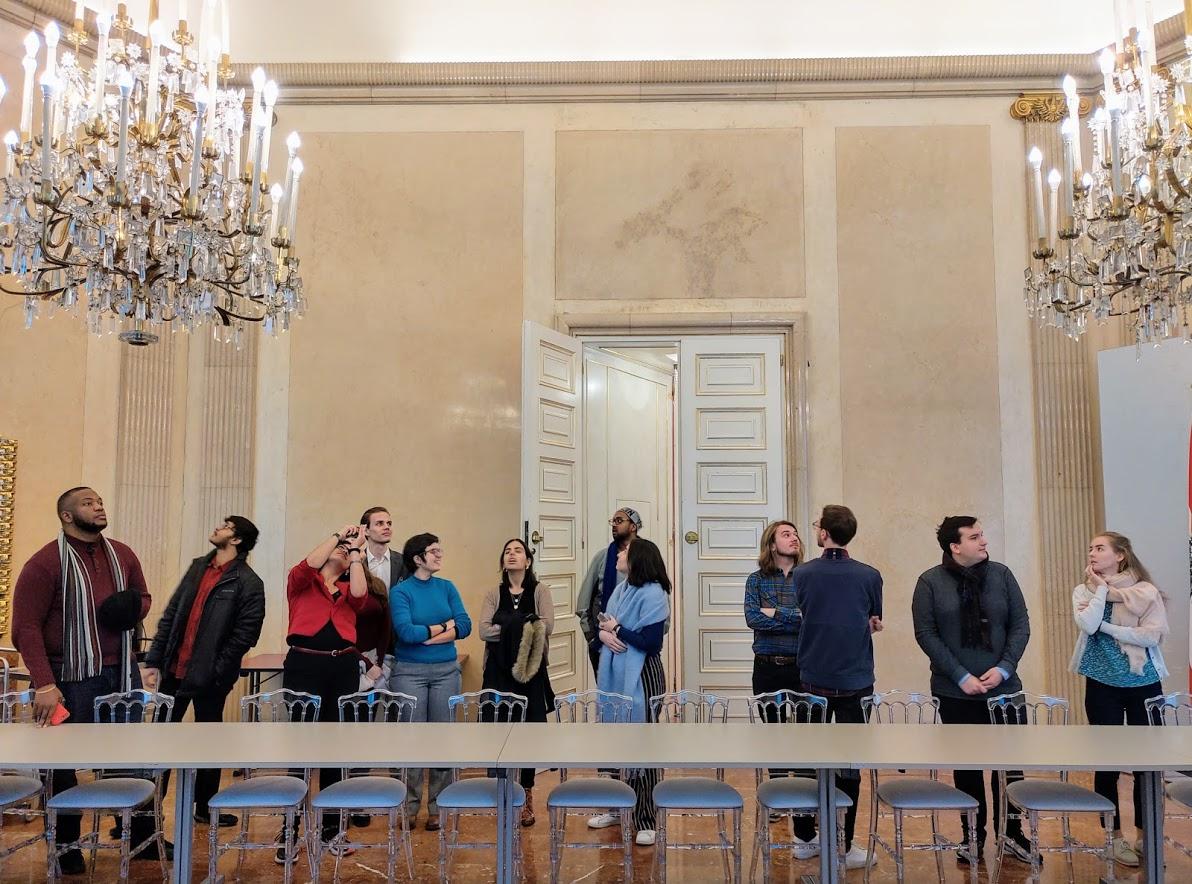 Photo: students of my class “Who Rules the World” visit the Chancellery building on Ballhausplatz, where Klemens von Metternich ran much of the Congress. Today the building houses the offices of the Austrian chancellor. The now-demolished Palais Palm--where Metternich could escape to visit the Duchess of Sagan—was just up the street.

[Austrian chancellor] Metternich was aggrieved for much of the Congress because… the charming Duchess von Sagan had broken off her amorous relations with him. The Tsar himself may have been a rival for Sagan’s affections, or at least he tried to manipulate Sagan to wrest concessions from Metternich. Equally remarkable, Sagan’s mother resided in Paris as [French foreign affairs minister] Talleyrand’s mistress, while Sagan’s youngest half-sister, Dorothée, accompanied Talleyrand to the Congress to manage his household. This same young woman had once been in love with none other than Prince Adam Czartoryski, before being coerced into marrying Talleyrand’s nephew. Czartoryski, in turn, had had a youthful affair with the Tsar’s wife, the Empress Elizabeth, quite probably with the Tsar’s encouragement. Historians suspect their relationship was briefly rekindled at the Congress. Meanwhile, the Tsar’s own amorous attentions at the Congress were focused on Princess Katrina Bagration—not only the widow of one of his leading generals in the war against Napoleon, but also the woman who, a decade earlier, had borne Metternich his first child. Alexander’s former Polish mistress, Maria Naryshkina, was also present at the Congress. It is impossible to conceive of such goings-on at the more sombre summit conferences of our own day.