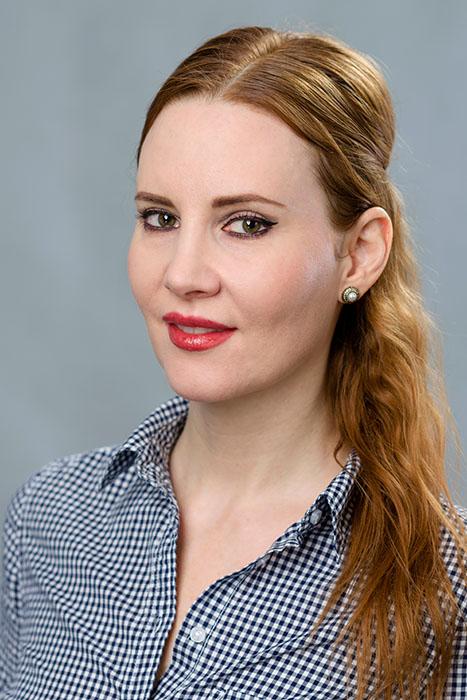 Erin K. Jenne (Stanford University, Phd) is a professor at the International Relations Department at Central European University in Budapest, where she teaches MA and PhD courses on qualitative and quantitative methods, ethnic conflict management, international relations theory, nationalism and populism, foreign policy analysis and international security. Jenne received her PhD in political science with concentrations in comparative politics, international relations and organizational theory. She has received  numerous grants and fellowships, including a MacArthur fellowship at Stanford University, a Belfer Center for Science and International Affairs (BCSIA) fellowship at Harvard University, a Carnegie Corporation scholarship, a Senior Fernand Braudel fellowship at European University Institute (EUI) in Florence, and was co-principal investigator for a Minerva Grant from the US Office of Naval Research to conduct research on the subject of soft power. Her first book, Ethnic Bargaining: The Paradox of Minority Empowerment (Cornell University Press, 2007) is the winner of Mershon Center’s Edgar S. Furniss Book Award in 2007 and was also named a Choice Outstanding Academic Title by Choice Magazine. The book is based on her dissertation, which won the Seymour Martin Lipset Award for Best Comparativist Dissertation. Her second book, Nested Security: Lessons in Conflict Management from the League of Nations and the European Union (Cornell University Press, 2015) explores how emerging domestic struggles can be contained through soft power mediation. She has published numerous book chapters and articles in International Studies Quarterly, Security Studies, Regional and Federal Studies, Journal of Peace Research, Civil Wars, International Studies Review, Research and Politics and Ethnopolitics. She was an associate editor for the Journal of Foreign Policy Analysis and has served in several capacities on the Emigration, Ethnicity, Nationalism and Migration Section of the International Studies Association and the Comparative Politics Section of the American Political Science Association. She teaches classes on longitudinal case study analysis and mixed methods research at the ECPR Summer School.

Nested Security: Lessons in Cooperative Conflict Management From the League of Nations and the European Union (Cornell University Press, 2015).

Why does soft power conflict management meet with variable success over the course of a single mediation? This book argues that international conflict management is almost never a straightforward case of success or failure. Instead, external mediators may reduce communal tensions at one point but utterly fail to do so at another point, even if the incentives for conflict on the ground remain unchanged. I present a “nested security” model of conflict management: protracted ethnic or ideological conflicts are rarely internal affairs, but rather are embedded in wider regional and/or great power disputes. Internal conflict is nested within a regional environment, which in turn is nested in a global environment. The book argues that regional security regimes are ideally suited to the management of internal conflicts, because neighbors that have a strong incentive to work for stability provide critical hard-power backing to soft-power missions, and further that effective conflict management requires addressing conflict processes from the outside-in. I test this theory against two regional security regimes in Central and Eastern Europe:  the interwar minorities regime under the League of Nations (German minorities in central Europe, Hungarian minorities in the Carpathian Basin, and disputes over the Aland Islands, Memel, and Danzig), and the ad hoc security regime of the post–Cold War period (focusing on Russian-speaking minorities in the Baltic states and Albanian minorities in Montenegro, Macedonia, and northern Kosovo).

This book introduces a theory of minority politics that blends comparative analysis and field research in the postcommunist countries of East Central Europe with insights from rational choice. I find that claims by ethnic minorities have become more frequent since 1945 even though nation-states have been on the whole more responsive to groups than in earlier periods. Minorities that perceive an increase in their bargaining power will tend to radicalize their demands from affirmative action to regional autonomy to secession, in an effort to attract ever greater concessions from the central government. The language of self-determination and minority rights originally adopted by the Great Powers to redraw boundaries after World War I was later used to facilitate the process of decolonization. During the 1960s, various ethnic minorities began to use the same discourse to pressure national governments into transfer payments and power-sharing arrangements. Violence against minorities was actually in some cases fueled by this politicization of ethnic difference. I use a rationalist theory of bargaining to examine the dynamics of ethnic cleavage in the cases of the Sudeten Germans in interwar Czechoslovakia; Slovaks and Moravians in postcommunist Czechoslovakia; the Hungarians in Romania, Slovakia, and Vojvodina; and the Albanians in Kosovo. Throughout, I challenge the conventional wisdom that partisan intervention is an effective mechanism for protecting minorities and preventing or resolving internal conflict.