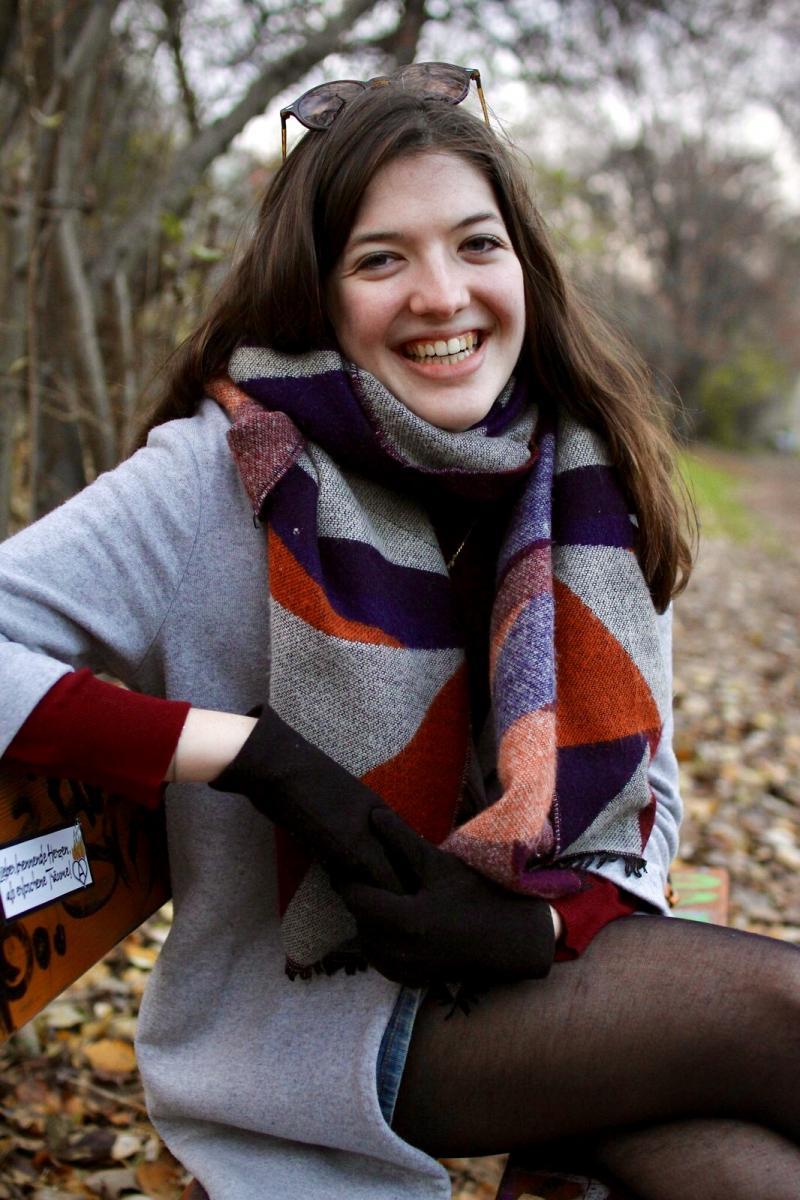 What is her background?

Tiphaine Trudelle was born in Paris to half French, half French Canadian parents and raised there until she graduated from high school. It wasn’t long before she ventured off to new regions, deciding to study for her bachelor’s degree in the Netherlands and an exchange in New York City. She was first driven to study elsewhere by a dissatisfaction with the costs and overly-rigid academic format in Paris, a system she felt focused too heavily on exams and classist careerism.

However, learning about a place from within the place itself became an unending thread in Tiphaine’s pursuits. In New York, she studied the portrayal of gender within American televangelism, as well as the evolution of the HIV/AIDS epidemic in the US. If you ask Tiphaine about her upcoming plans, it usually involves a myriad of different possibilities and always a new location from which to explore them. For Tiphaine, you can only really discover more about people “if you look into people’s lives, if you talk to people.”

It was in her undergraduate studies that she first learned that anthropology was “her thing,” although she received her bachelor’s degree in both cultural anthropology and political science. She became transfixed by differing mediums of exploring and understanding our world. Her grandmother’s house in France was bombed in the Second World War, and Tiphaine noticed that she would always talk about the experience using pictures. “For me, it was such a better way to understand what she was trying to say.” That experience led Tiphaine to weekends of documentary viewings and further explorations into artistic mediums. “My emotions and my ethos work better in patterns, work better through images than through reading. And I’ve always enjoyed it.” 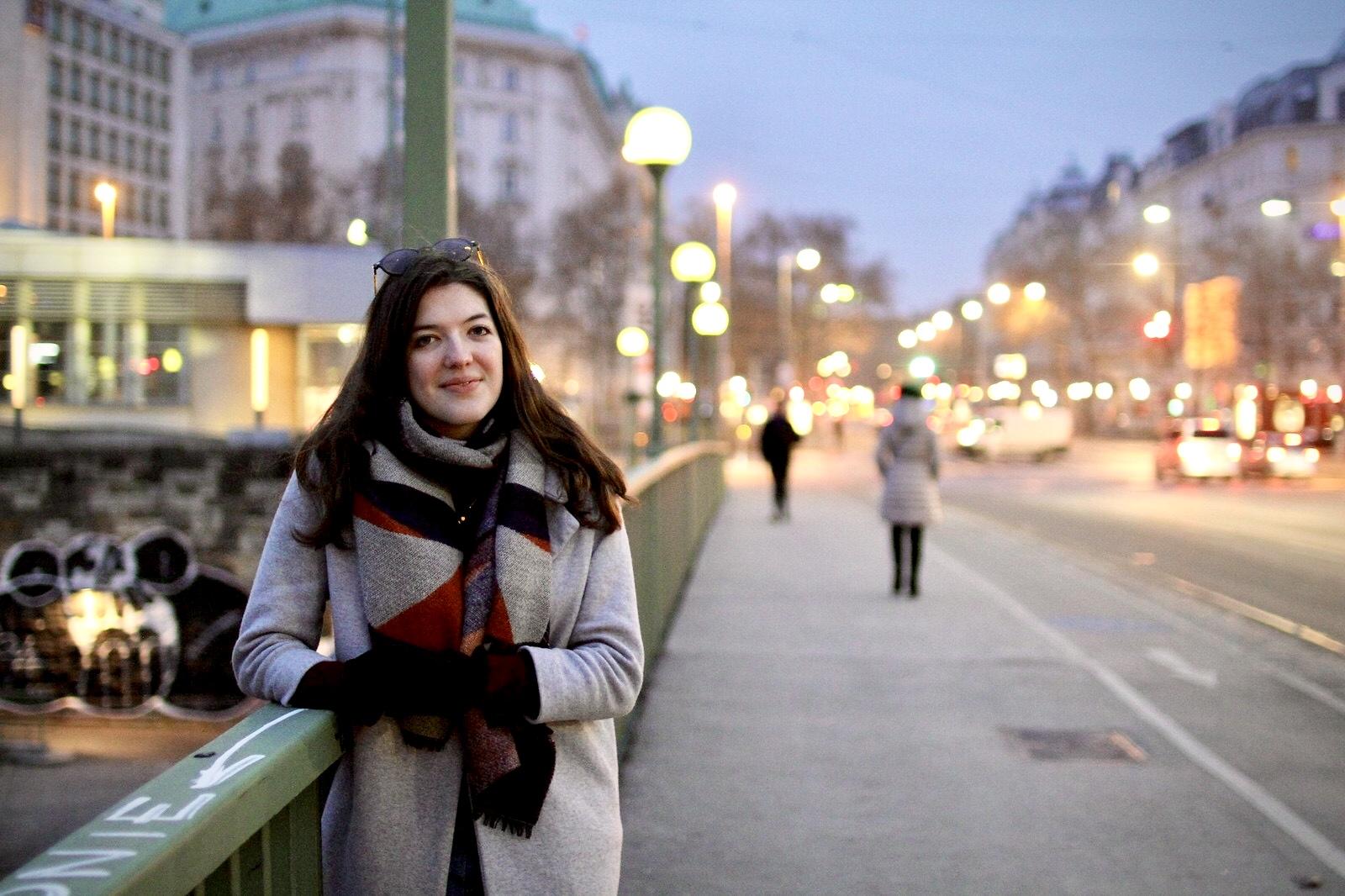 Why did she choose to study IR at CEU?

She knew CEU had programs with other departments and that she could still keep the “liberal arts spirit,” combining both anthropology and IR courses. “When you look into anthropology, you look at people. And I think mainstream [IR] tends to overlook people; it’s all about states. If you combine the two, I like it more because then you have a full picture of what’s really happening.”

Tiphaine was initially hesitant about an IR program, unsure if she would be an outsider with her anthropological perspective. However, realizing that her professors “welcomed and encouraged” her background was a turning point: “Now I can embrace the fact that I’m a bit different with my background, but that it’s also related and it can actually add to what we’re discussing in class. Usually, in other universities, it’s very uncommon; I think they would not give you so much space. I really like the fact that they give me this freedom in a way.” One thing she’s realized is that “there’s no typical IR student.”

She wanted the academic life of discussing theory and in-depth readings but also to explore the individual experience within IR, so she took a multidimensional approach to the degree by adding a visual studies component. This term she’s been making a documentary with CEU’s visual studies department about the Muslim community in Vienna, which allows her to “implement through images” the various concepts she’s been learning in her theory courses and give individuals a platform to speak about their experiences.

“Only listening to interviews is not enough because you have so much coming from how they move, how they use their hands, their eyes. When you have visual studies, you everything together. You have the theory, you have the practice, you have the person, you have the environment…that I really like because I am looking at something that is true and not only at something written down.” 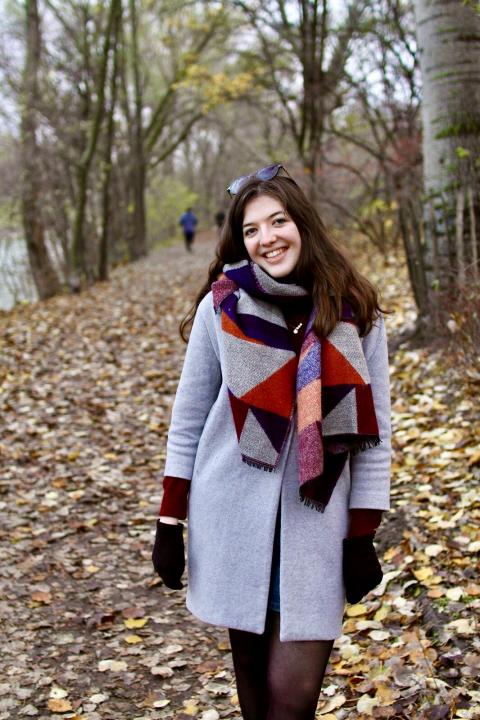 “By looking behind the scenes and understanding how you make a movie, how everything is taught through, I actually realized how [IR and visual studies] are really interacting with one another. And it’s not just only IR or visual studies but also the other way around.” The visual medium has given life to the concepts for her, a convergence she worked to find throughout the term.

What does she plan to do with her degree?

Tiphaine has another year of the program before she has to figure out her next move, but this year has taught her to let go of her planning tendencies. “With Corona, [planning] is impossible. I learned to be way more spontaneous.” She had originally hoped to study Spanish in Colombia before the Covid-19 pandemic, but, for now, she found her new home in Vienna.

While tough at the beginning, her hybrid approach to her degree has given her “a space to express how [she] thinks” and a freedom she “would not have from other universities.” And that freedom has her leading towards a possible future in academics, with the idea of further discussing theories, moving to another region for a period of time for field work, or even writing a book about her field research.

“There is no definition of what IR is…It entails so many things that there is no way that you can exclude one aspect because it’s so many aspects together.” It is that multidimensional approach to the field and her future endeavors that could lead to various realities for Tiphaine, with an artistic and innovative approach to the field surely being a central component.