Marie-Pierre Granger published a book on the new EU Judiciary 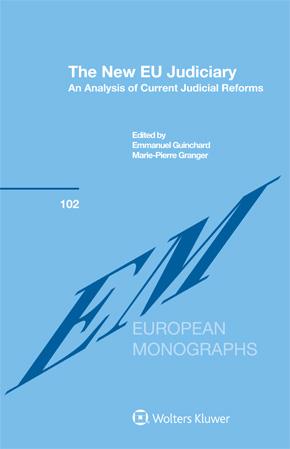 This edited volume is the first book to offer an assessment of recent and ongoing changes to the operation of the European Union (EU) Judiciary. It takes stock of what is arguably the most significant set of reforms since the Nice Treaty, which is likely to leave strong marks on the future development of the EU judicial systems and the decisions of its courts, the Court of Justice of the EU and the General Court. Controversies surrounding the process and outcomes of the reforms called for a broader reflection on the changing role of the European Courts and the way they cope with old and new challenges. To this end, this book brings together junior and seasoned academics and practitioners to take stock of the various aspects of the reforms of the EU Judiciary and its overall functioning, from ‘comparative’, ‘insider’, and ‘outsider’ perspectives.