Myanmar's Transition: The Pitfalls Ahead 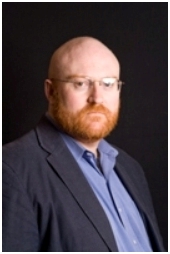 With Myanmar undergoing an extraordinary top-down transition, after five decades of authoritarian rule, there are many reasons to be optimistic. But as Robert Templer, International Crisis Group’s former Asia Director, will argue, there are also many reasons to be cautious. The  potential pitfalls are not likely to be those that have dominated discussion so far, particularly a return to military rule. Myanmar - similar in many ways to Sudan or Pakistan in that it is a multi-ethnic state forced together by colonialism and held together so far by military rule - has to find a new approach to government and nationalism while also addressing some of the deepest poverty in Asia. The country has the advantage that many of the pitfalls of resource wealth are now well understood but addressing these issues in an environment of ethnic conflict and economic stress will be extremely difficult.

The discussion will be moderated by Professor Matteo Fumagalli, head of the International Relations & European Studies Department.

A video of the event is available here.