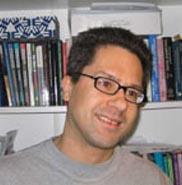 Michael Merlingen teaches IR theory and EU foreign and security policy. His main research interests lie in Foucauldian IR and historical-materialist IR, Foucault and Marx. He is particularly puzzled by how the international / global is implicated in the enclosure of our socio-economic and political imaginaries and the production of our affects, that is, by what with Foucault one might call the demonic aspect of liberal world order and with Marx might call alienation or the impoverishment of thought and practice engendered by this world order. Dominant versions of critical IR seem not to do a good job at getting at this subjection element of the international / global, instead celebrating the reflexive, critical and resisting subject, not unlike dominant versions of liberal IR. While there are interesting attempts to connect Foucault and Marx, relations of power productive of subjectivities and capitalist modes of production, much of this work is in a political theory or philosophy key. What arguably is needed is more empirical work on how the international / global is involved in producing the subjective conditions that make the world safe for market or corporate rule.