Walks with Classmates: A Chat with Gustav Jasinski at the Wiener Stadtpark 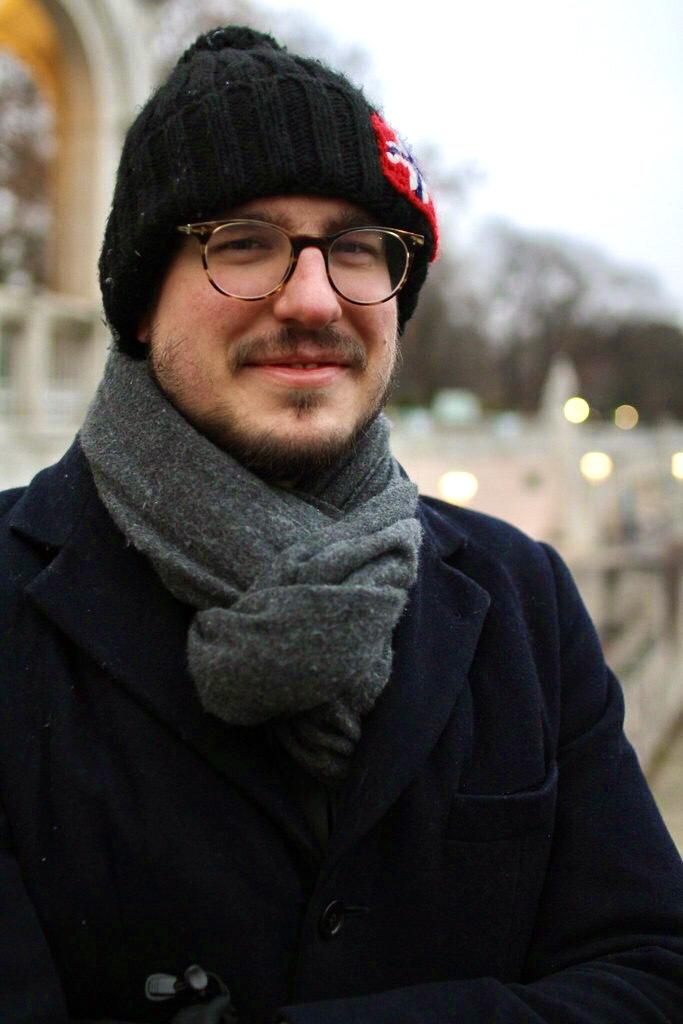 Gustav Jasinksi has always seen himself as Swedish, despite his Christmas table meals being a mishmash of Polish pierogis and Swedish herring and speaking Polish until preschool. He had been born and raised in Stockholm, Sweden after his father “went on holiday from communist Poland in the 1970s and never came back.” His mother had first moved  from Poland to Germany and then began to study medicine in Sweden, eventually becoming a doctor. It was a common occurrence for many people living behind the iron curtain to move west, but he speaks in awe of the fact that she “managed it out of nothing.”

At the age of 18, Gustav wasn’t necessarily inspired by academia yet; he had always been interested in politics but had found programs that “weren’t quite as he thought they were.” It was his travel abroad to Argentina to study Spanish, where he met people from other cultures and came to understand the ways in which their countries operated, which eventually led him back to EU law and then a degree in politics. “I wasn’t stressed about studying for the sake of it. I wanted to find something.”

In the years before CEU, he had worked a series of interesting jobs, from blue collar work to the social media desk of a Swedish television station. He had seen from different windows into the world, including his “first contact with proper criminality” while working at a bank just before CEU, where he came across fraudulent schemes that could drain a person’s life savings. Despite his myriad of life experiences, it was his university internship with the Polish embassy and his work at the Council of Baltic Sea States that helped him realize he might want to pursue diplomacy.

Thinking of attending graduate school “was a rational decision” and studying in another country seemed like it might add further dimension to his previous degree. But the more he read about CEU, the more the concept of graduate school evolved from studying as a career calculation to “something quite inspiring.” He wanted to “see behind the political theories to what created political theories.”

“What kind of motivates me would be international cooperation in general…enhancement of relations between organizations and states…agreements between non-EU states, those kinds of relations.” He had always “found post-Soviet states quite fascinating” and the way in which they integrated with the Western world, including the transformation of Estonia into a “quirky up and coming place.” “[They have become] one of the most tech savvy countries in the world, and they’ve done it in our lifetime."

In particular, Gustav wanted to observe that transition and what we can learn from it, perhaps finding ways to implement best practices across the EU. “That’s why I also chose international relations, this idea of benchmarking things, raising the standards in every country.” 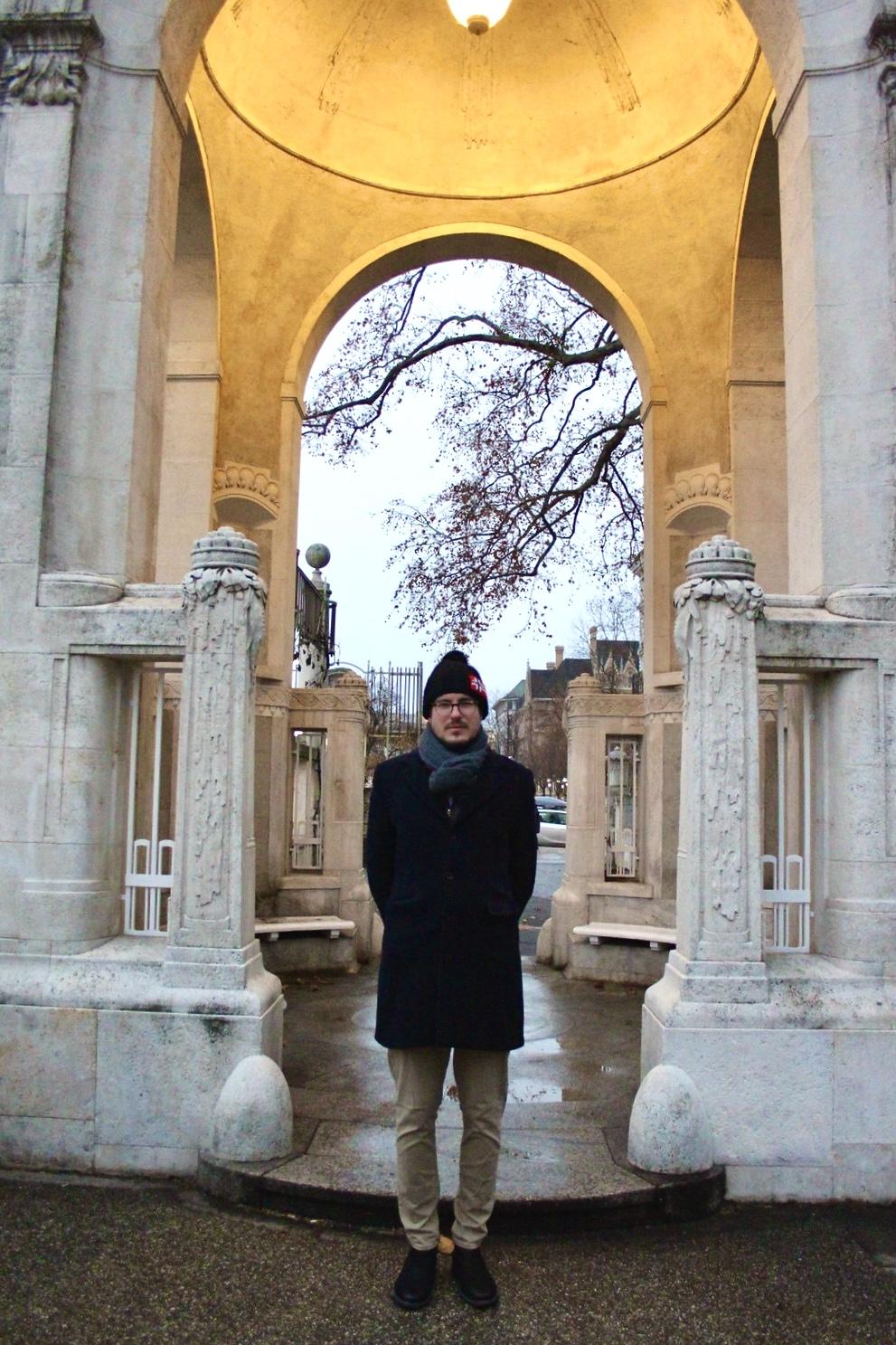 There had been a fair bit of suffering involved in obtaining his undergraduate degree with the required and sometimes unrelated courses, but he decided to alter his approach to graduate school. He decided he would “see what the professors say, how they portray the class,” and then he would take what he found most interesting. “Yesterday, I wrote about the 19th century and how it transformed the world…whereas today, I’m writing about the security dilemma in civil wars. Completely different topics, but I found these kinds of things interesting.”

He also chose CEU because he believed it would be a more intimate academic setting than previous situations where the professor might not even know your name. “When I discovered [CEU], what was one of my first thoughts, and it’s been confirmed, was the small size of it. It does play a huge role. Everyone you meet in school, even from other departments, you kind of always say hello… A small school  means that everybody knows everybody, which leads to everybody wanting to help each other. If you’re stuck on something, it’s not a competition. And that was what I was hoping for, and that’s really been confirmed.”

In his courses, he finds himself more often listening than speaking, absorbing the different perspectives on the world, while also finding a shared value system among many of his classmates. “It doesn’t have to be 100% this or 100% that. Both can have good arguments. Our political ideologies don’t have to define us…‘I like you because of who you are; I don’t care about your ideology.’ Once you get to that part, then it’s quite a nice discussion because politics have become quite tense the past years.”

For Gustav, much of his interest remains in the observation of his region’s ever-changing nature, particularly the integration of states into the EU. “There’s probably some things you can take from the example [of Estonia] and apply it to bigger states…these are just the kind of things that fascinate me. I could see myself doing something with this.”

He holds a fascination with observing this transition but also in the transformation of a place, which allows the outside world to engage with and appreciate its culture and eliminate the ill-conceived perceptions about a place. “It’s quite cool to be able to see that happen in front of your eyes.”

Being a part of this process in some way is a path he might follow after he graduates from CEU. “That’s what I want to do, but I don’t know how yet. Hopefully CEU can point me [there].”